the genesis of FLUX: Music That Is Never The Same Twice. 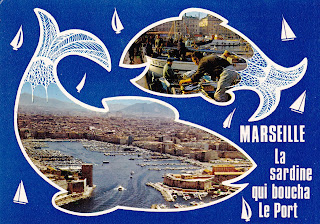 may 28, 1978. marseille, france.
on tour as a member of david bowie's band.
the night before we had played a concert at palais des sport.
it's a day off. I have never been to marseille before
so in the afternoon I wander down to the famous port area.

I sat outside between two cafes.
beautiful day. the cafes both had their doors open
and both of them had different radio stations playing.
in fact, one of the radios seemed stuck between stations
and seemed to be jumping from one thing to another.
one second it would be an accordian song, then static,
then it would turn into a cello performance,
then it would return to the accordian song, and so on.

in front of me was the harbor, full of activity.
the sound of boats, motors, water, seagulls,
people walking by talking in french (of course),
cars driving past, children playing, a boat bell ringing,
and all of this interrupting the different types of music
playing on either side of me.

I remember closing my eyes and listening
to this beautiful cacophony; the sound of life.
and I thought "this is how I want my music to sound someday.
music being interrupted by life being interrupted by music."
from that moment on I began working out how
that could ever be possible.

over time I added in other ideas.
what if, just like life, the music never repeated itself?
what if it was always different, surprising?
how could you do that?

over the decades since may 28, 1978 I returned again
and again to this idea until it became a mild obsession.
I knew sooner or later it would be something I had to do.

above is the postcard I bought that day.

other blogs of interest